YEG Youth Connect is a community partnership that brings together a diverse group of individuals from Edmonton’s youth serving sector, who are passionate about helping youth better their situation and create a positive outlook for their future.

HOW IT ALL BEGAN

Picture a cold, winter day in Edmonton–wind blowing, snow falling, temperatures far below freezing. The average person is bundled up in their winter jacket, weather-proof shoes or boots, and is on their way to somewhere warm, like work, where they’ll spend most of the day. But then you see a young person who looks about 17 years old. He is wearing worn out, ripped shoes–they would be inadequate on the warmest of days, let alone in the -20 degree elements of an Edmonton winter. And unlike everyone else you see, he isn’t on his way to somewhere warm.

That single encounter that a local social work student had with a young person who was wearing inadequate footwear in the middle of winter, sparked a conversation amongst front line youth workers about the hundreds of young people in Edmonton who are homeless or on the verge of homelessness. Something had to be done to connect these youth to a support network and resources that would empower them to change their circumstances.

Recognizing many of the barriers that these young people face, a few workers decided to come up with a way for them to access what they need, all in one location on the same day. Youth were surveyed and meetings were held to gather input about what would make the day a success. Planning then began, and in 2014 the first annual YEG Youth Connect took place!

YEG Youth Connect is a bridge between youth and the local service providers and support networks that can guide and support them to access the resources they need to break the cycle of homelessness and get where they are going.

2014: The First Ever Youth Connect Event!

65 Youth   /   26 Service Providers
In September, 2014 the very first Youth Connect event was held at Youth Empowerment & Support Services‘ Armoury Resource Centre.  It was planned by just one person, and connected approximately 65 youth with 26 service providers and other resources! It was a great success! So much so that we decided to start making plans to hold it again the next year.

2015: Year Two is an Incredible Success!

120 Youth   /   30 Service Providers
In 2015 we already had to search for a bigger location that could hold more service providers and more youth! Youth Connect 2015 was held at Boyle Street Plaza.  And it’s a good thing we had more space because the number of youth who attended doubled to 120! We also had 30 service providers join us and we expanded to a 12-person steering committee. There were 20 event coordinators who helped make Youth Connect 2015 a success.

216 Youth   /   32 Service Providers
In 2016 we claimed space on the world wide web and launched our website! We once again saw attendance nearly double from the previous year, with 216 youth attending! We extended the hours of the event an extra hour to ensure that youth who work would still be able to attend.  The youth open mic was a hit, and we saw some incredible talent!

275 Youth   /   35 Service Providers
2017 was another successful year, with fresh, new energy on our Steering Committee and great new community connections. YEG Youth Connect lit up the High Level Bridge once again and welcomed local celebrities and politicians to share in the event.  With a larger than ever clothing section and a creative new artistic approach, YEG Youth Connect continues to grow the excitement in the city. With greater diversity in service providers and food for all guests, the beautiful day outside was shining bright inside as well. 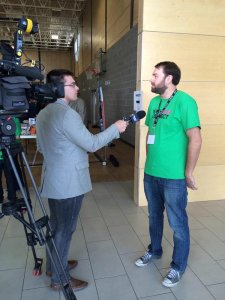 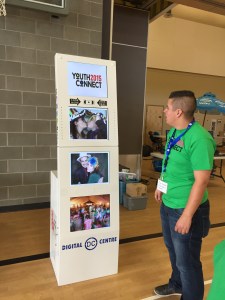 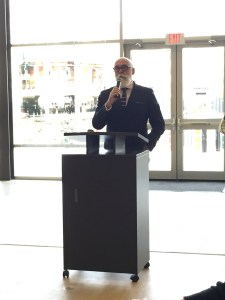 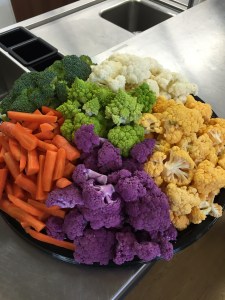 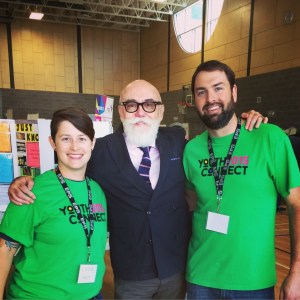 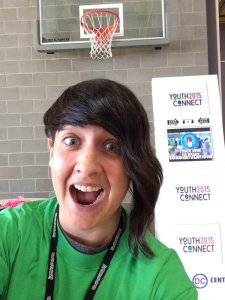 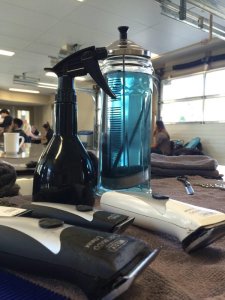 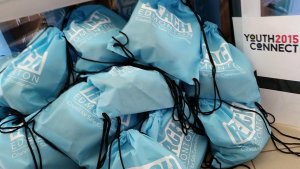